Join the legends and their epic wars! Now you can fight alongside your friends and enemies to show off your kingdom powers among the other kingdoms in the game!
5.0/5 Votes: 1
Report
Developer
ONEMTVersion
1.14.10
Updated
October 19, 2020Requirements
4.2 and up
Size
Varies with deviceGet it on

Join the legends and their epic wars! Now you can fight alongside your friends and enemies to show off your kingdom powers among the other kingdoms in the game!
Experience the adventure and prepare for challenge in Revenge of Sultans; The first and best epic real-time Arabic strategy war game made especially for Arabs to reclaim the ancient glory of their ancestors. You, my king, are called by the people to take on the great challenge to become the next king in the hope of bringing peace and prosperity back to this land.
:: Feature ::
• First and best Arabic Strategy war game designed especially for Arabs.
• Stunning graphics & awesome soundtracks.
• Play anytime and anywhere.
• Build your castle, upgrade and defend it with turrets, strong walls and Traps.
• Battle with other players worldwide, PVP and crush them and snatch their resources.
• Build your own army of swordsmen, Archers, Camel Riders, catapults and other mighty fighters and tools.
• Join together with other players and friends to form the best alliance and clash and PVP with other alliances.
• Fight and have massive PVP against other alliances in the throne war.
• Live the medieval wars and re-live the history of the kings.
• PVP all the way to victory, to become the best king that ever lived! 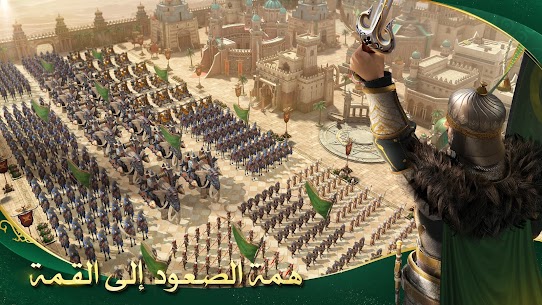 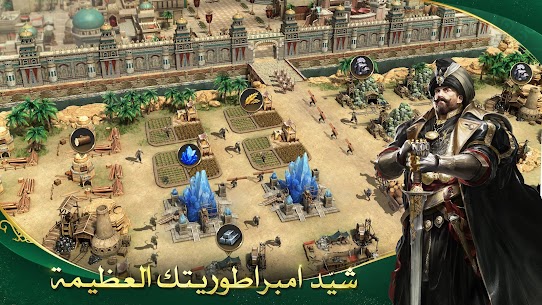 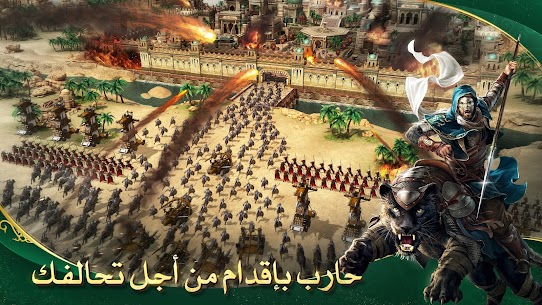 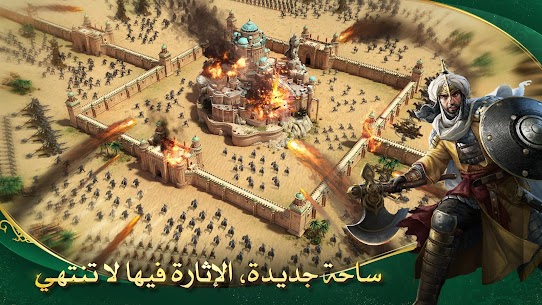 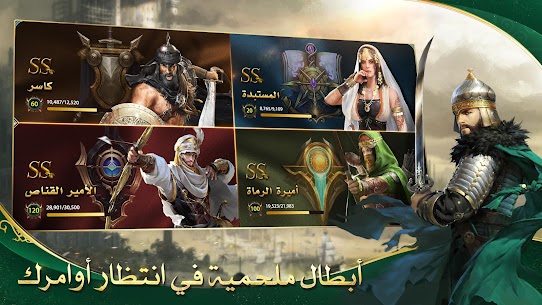